The Green Air Pro ozone generator doesn’t come with the most attractive design. In fact, you can easily mistake it for an amplifier.

But as you know, many feature-packed appliances don’t deliver, so the bigger question is, does the Green Air Pro work? It’s obviously a no-frills air purifier/ozone generator, but what do previous buyers say about their unit? Let’s find out in this Green Air Pro 2 Plate ozone generator review.

Here’s what to expect… 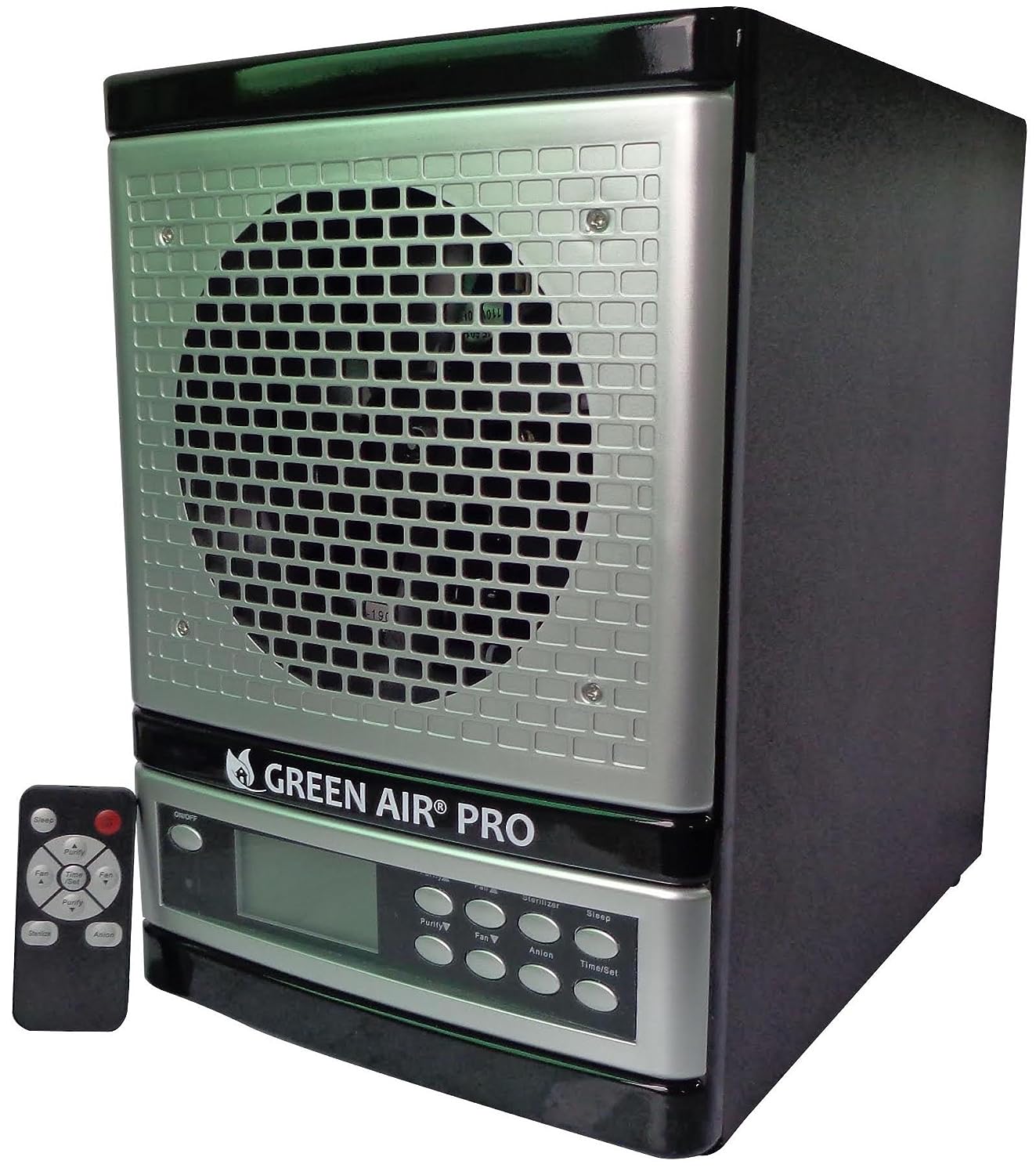 Just like the Green Air Classic, the Pro uses a plate system to generate ozone. In other words, it uses electrically charged ions to capture and eliminate airborne particles that you don’t want in your home. Examples of these particles include cigarette smoke, fish smell from your kitchen, cat litter, and even allergens.

In general, 2 plates are better than a 1 plate system. That’s because 2 plates produce more ozone. As advertised, each plate of the Pro produces 360 mg. or ozone per hour.

The air purification system consists of 3 stages that involve 3 types of filters: Pre-filter, HEPA filter, and Photo Catalytic (PCO) filter. These filters work together to capture airborne particles as small as 0.3 microns.

Functions of the GAP-400

There are three main functions that the Green Air Pro GAP-400 ozone generator offers, which you can be easily adjusted or controlled either through the buttons on the unit itself, or through the remote control.

These functions include the following: Purify, Sterilize, and Anion. What do these do?

According to the product’s sales page, the Purify mode’s role is the creation of activated oxygen or ozone based on the area of your home. The Purify mode targets the following airborne contaminants: tobacco smoke odors, cooking odors, cleaning agents, paint, and pollution embedded in your walls, ceilings, and furniture items.

The Sterilize function is responsible in turning on the UV lamp to eliminate viruses and germs. The Anion function releases negatively charged ions that attach themselves to airborne particles and then drop them to the floor.

What do previous consumers say about their unit? Does it work? In summarized form, here’s what we discovered about the Green Air Pro 2 plate ozone generator.

Let’s first talk about how effective this air purifier/ozone generator is the way it’s advertised to be. Does it work? Here are some consumer feedback.

When it comes to allergies, it seems that the Green Air Pro helps with allergy sufferers. One person said that her son often wakes up with stuffy noses (or go to bed with sore throats). The GAP-400 has made his condition better.

How about in removing odors?

It’s also effective in eliminating odors and smells. Some types of odors reported to be eliminated by this ozone generator include the following: cigarette smoke, paint, and even the smell inside a hair salon. One person observed that even though he smokes, he doesn’t smell like smoke when he comes out of his home because of the Green Air Pro.

Here are the positive feedback about the GAP-400, as provided by previous buyers.

Limitations and Other Comments

The Green Air Pro is designed to eliminate airborne contaminants as tiny as 0.3 microns. While it can remove some dust in the process, it’s not designed as such.

Where is this made? The GAP-400 ozone generator by Green Air is manufactured in China.

Let’s end this Green Air Pro 2 plate ozone generator review right. Do we recommend it? Here’s what we have to say.

Not impressed with the Green Air Pro? Don’t fret. Here are some alternatives.