On a side note, we’ve written separate reviews about these Green Air air purifier/ozone generators, and our rating for both is positive. Read the following: Green Air Deluxe review; Green Air Pro review.

Now, back to the comparison report…

Here’s an easy-to-use comparison chart that highlights the differences and similarities of the Green Air Pro and the Green Air Deluxe.

In this section of our comparison report, we give you in full detail the differences between these two Green Air ozone generators.

Similarities of the Deluxe and the Pro

But first, let’s talk about their similarities…

One, they’re not the most attractive ozone generators in the market. In fact, you can liken it to an amplifier. But according to consumer feedback, they’re well-built, even the parts that are made of plastic.

Second, they’re both rated to cover 3,500 square feet of living space, which is a lot compared to other brands.

When it comes to controls, you can either use the included remote control or the front panel to adjust the settings to your preference. Just don’t expect a sleek, touch-control screen. Expect buttons and an LCD display.

One of the most important differences between these Green Air ozone generators is the number of ozone plates they come with. The Green Air Pro has 2 plates, and the Green Air Deluxe has 3 plates.

What does this mean?

The more plates a device has, the quicker it can perform its function. The disadvantage, however, is that you’ll have more plates to replace.

The Green Air Pro has only one built-in timer. It can be set to “start” or “shut off” depending on your preference.

The Green Air Deluxe has two timers – one for fan, and a separate one is reserved for the ozone function. You can control or activate the timer function through either the remote control or the front panel.

Which model should you buy? To end this Green Air Pro vs Deluxe comparison report, here’s our recommendation.

Get the Green Air Deluxe (GAD-500). While both of them are effective in getting rid of basically all types of odors, which include molds, the Deluxe’s 3-plate system does the job quicker than the Pro. 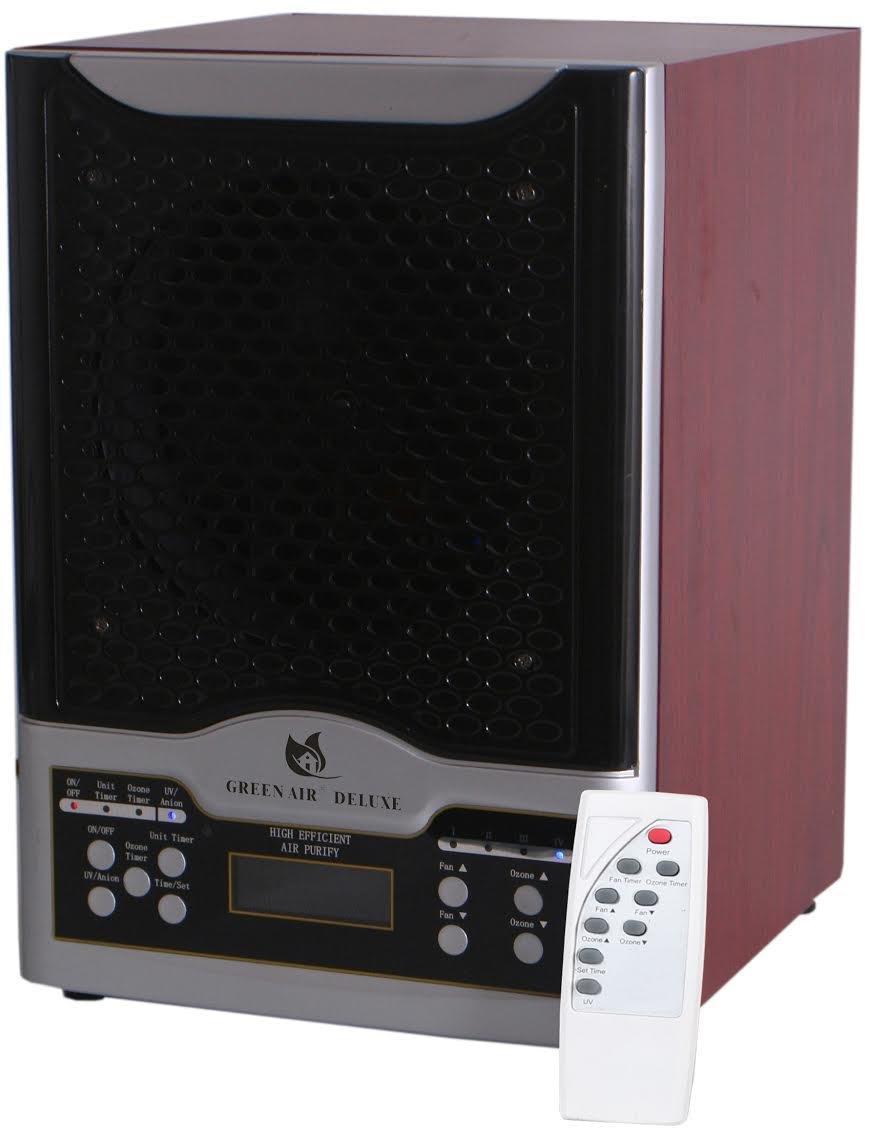