One of the most inexpensive air purifiers, the Hamilton Beach 04386a air purifier is meant for rooms that has an area of up to 160 square feet. It’s a 3-speed device and adopts a flexible design that lets you use it either horizontally or vertically, depending on your needs. In this Hamilton Beach 04386a review, we’re giving you a summarized report of this air purifier’s performance based on consumer feedback and comments.

Key Features of the Hamilton Beach 04386a 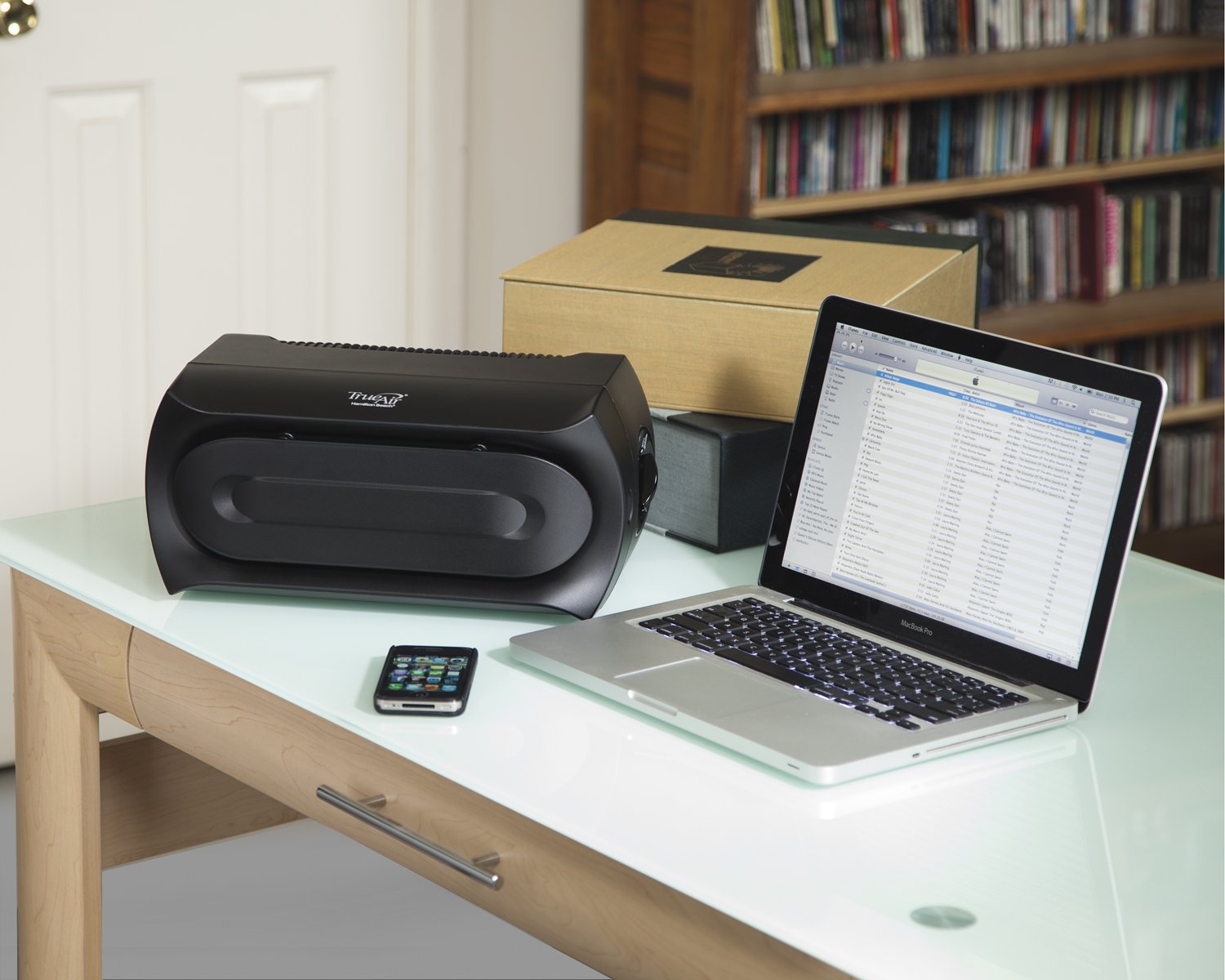 Let’s start this Hamilton Beach 04386a review with what you can expect with the TrueAir 04386a, feature-wise.

First, it’s worth noting that as advertised, this device is created for the habitual sneezer who’s allergy stems from dust and dust mite debris. This is not to say, however, that the Hamilton Beach 04386a TrueAir only captures these particles. In fact, just like other brands, this air purifier is equipped with a pre-filter, a carbon filter, and a HEPA-grade filter that catches pet dander and other harmful airborne particles such as mold spores. Note that this filter is not high-maintenance. According to the manufacturers, this HEPA filter “never needs replacement.”

Next, the Hamilton Beach 04386a air purifier comes with 3 speed settings, which you can conveniently choose and set. Turn the knob to the highest setting if you want to clean the air fast. Choose medium for all day-use, and set it to low if you want a silent operation.

Third, it’s meant for rooms of up to 160 square feet. It’s compact in size, stands 16.4 inches in heigh, and weighs 5.6 pounds. This device can be a desktop air purifier, or it can be placed vertically at a corner. It comes with 4 adhesive “feet” to ensure stability. 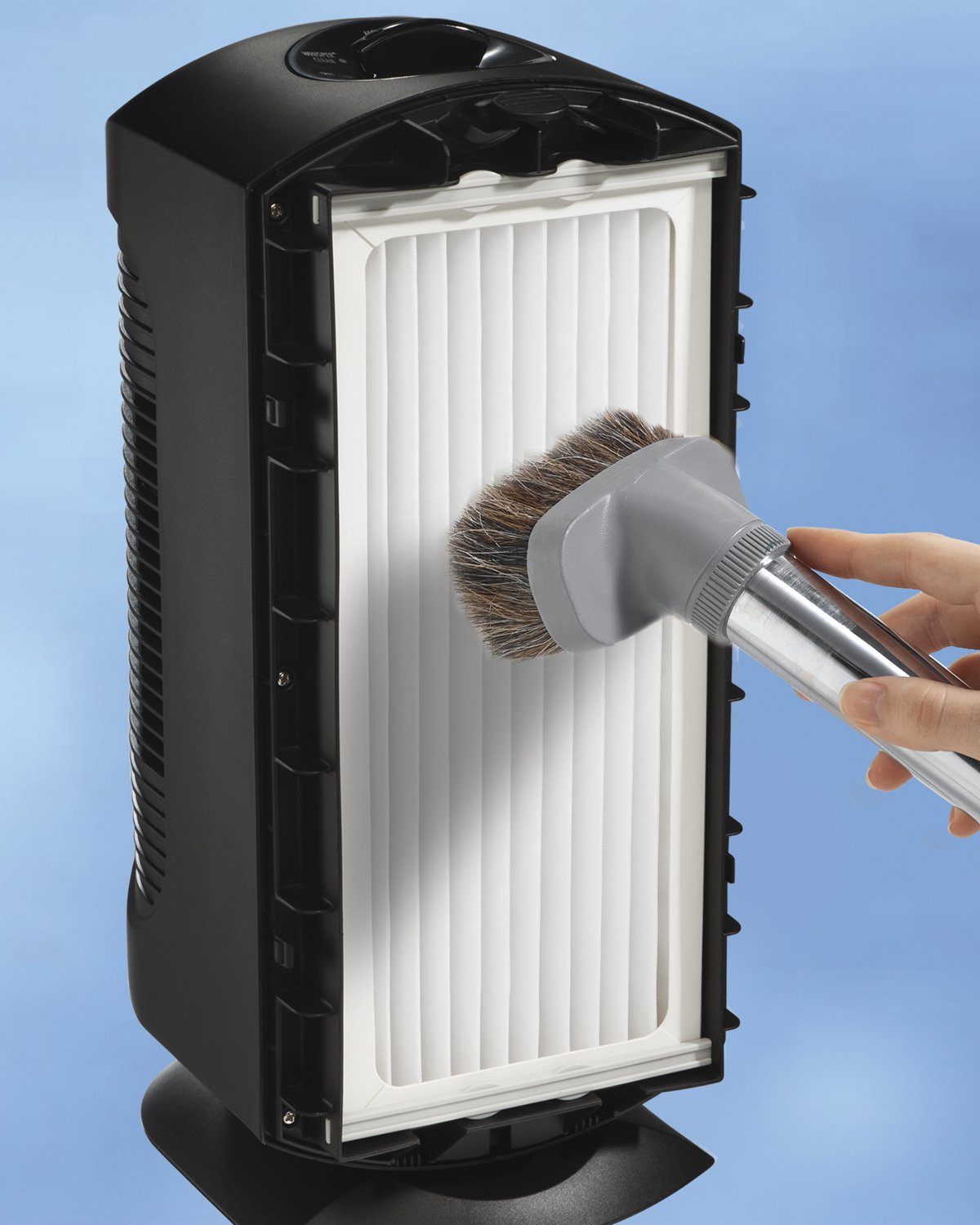 In this section, we present a summarized consumer report of what we found out about the product, which is based on buyer feedback and comments posted on a popular online retailer.

The general consensus is that the Hamilton Beach 04386a air purifier does a pretty descent job collecting dust. One user said that his computers used to accummulate so much dust, but with this air purifier, the build-up has lessened.

When it comes to cigarette smoke, there are opposing feedback as regards the efficiency of this air purifier. While some say the smoke smell goes away in a while, others maintain that it doesn’t. The safest conclusion is that it does help in the reduction of odors, but it doesn’t totally eliminate them. Some users advise adding a carbon filter for better results, and also, if you position it near the source.

A father shared his positive experience with the Hamilton Beach 04386a. As far as allergy is concerned, he says that his daughter doesn’t suffer from asthma anymore. He says they’ve had this air purifier for 8 months.

Another user described this unit as a “life-saver.” He says that within only a few hours, he can breathe easily again.

There are others who have shared a similar experience, claiming less asthma attacks and less trouble sleeping due to coughing and allergies. 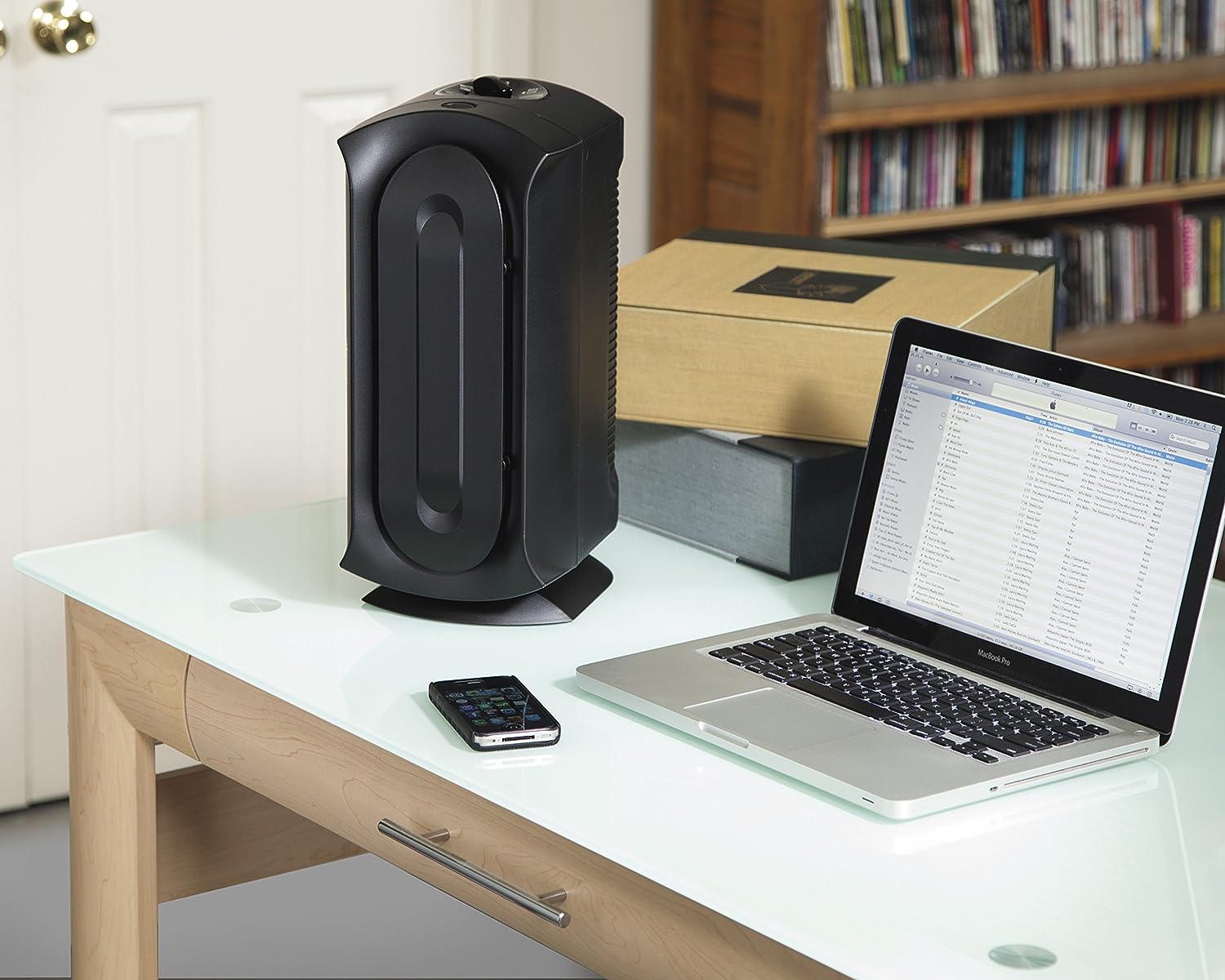 As mentioned, there are three speed settings for the 04386a. The higher the setting, the “louder” it gets. But in general, the noise it makes is “not that bad,” as one person has put it.

Here are some of the descriptions used by consumers.

– low setting: barely audible, low hum, you have to put your hand to feel the air coming out
– medium setting: can slightly hear it,
– high setting: like a room fan, sound is mostly the noise of the air coming out but no louder than a basic oscillating fan

This device doesn’t have an ionizer or a UV-C light, so it doesn’t produce ozone.

Unlike the Honeywell 50250-S or the GermGuardian AC4825, this air purifier doesn’t have an indicator to signal when it’s time to clean its filters. It doesn’t have an ionizer, either, nor a UV-C light.

As far as filters are concerned, the HEPA filter is not a True HEPA filter. Meaning, while it can’t catch particles as small as 0.3 microns, it can capture particles that are larger than 0.3 microns, which include dust and pet hair debris.

Here’s a closer look at the Hamilton Beach TrueAir Air Purifier 04386a. Watch the video to take a look at the insides of this device, including the filters.