At first glance, the Koios PM1220 looks like the AwesomeWare KJ50G-D4. But look again, and you’ll notice the differences.

“100% ozone-free,” says Koios, pertaining to the PM1220 air purifier. It’s eqiupped with a multiple filtration system, it’s compact and portable, and it’s designed to capture and get rid of 99.97% of airborne particles such as dust and pet dander.

But the question is, does this appliance deliver its promises? Only previous buyers can tell for certain, so let’s give you their feedback in this Koios PM1220 True HEPA air purifier review.

Key Features of the PM1220: What to Expect 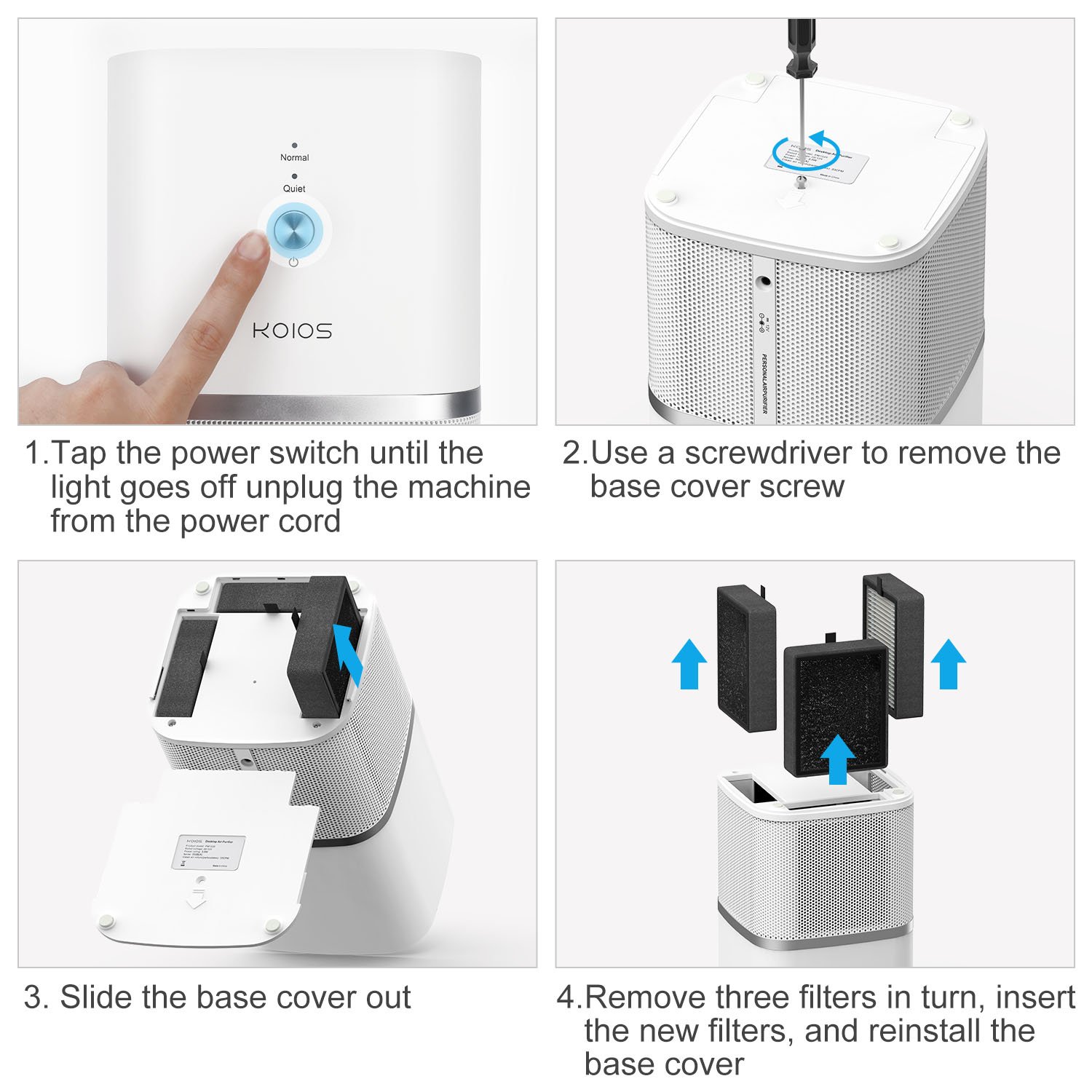 To get rid of allergens, mold spores, dust, and other airborne pollutants, the Koios PM1220 has a 3-stage filtration system consisting of the following filters: activated carbon filter, True HEPA filter, and carbon sheet filter.

Sure, there are other brands that have more filtration stages to offer than the PM1220 (e.g., Hathaspace HSP-001‘s 6 stages), but the biggest advantage of this unit is its True HEPA filter, which helps filter out particles of up to 0.3 microns.

The Koios PM1220 has a simple-to-use control panel. It has a big button that allows you to choose from one of 2 fan speeds. Above the button are indicators that light up depending on whether or not you’ve chosen a “normal” or “quiet” option.

Here are other features and technical specs about the Koios PM1220 that you might be interested in. 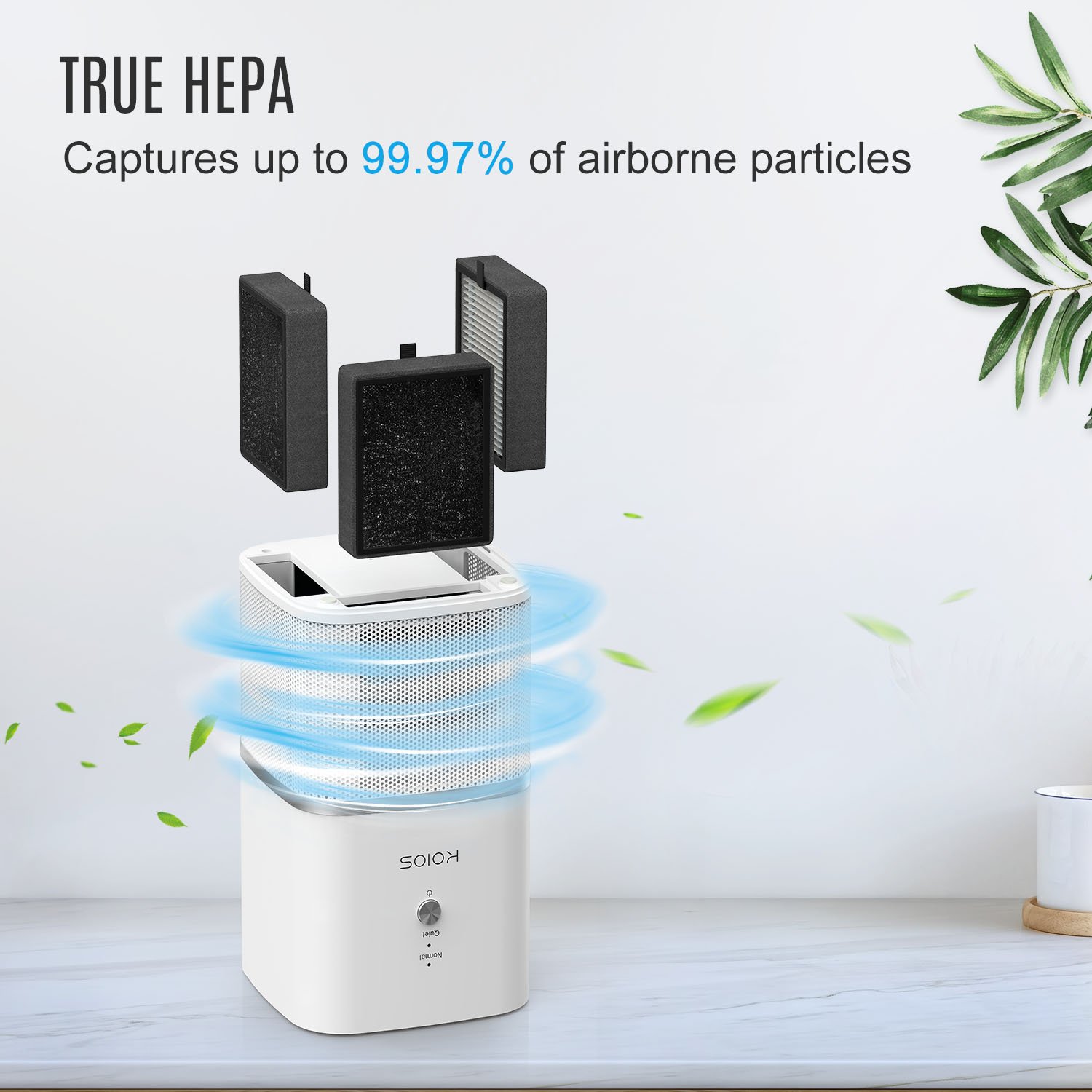 What have previous buyers said about their unit? To answer this question, we went through the feedback section of a popular online retailer. Here’s what we found out about the product.

Based on the feedback of previous buyers who have had allergic reactions to due dust and pet dander, the Koios PM1220 has been reported to seem to help reduce these reactions.

One person said that it has helped his wife get rid of her sneezing in the morning. Another person shared that her roommate who is “extremely allergic to cats” hasn’t had any episodes since using the Koios PM1220.

The Koios PM1220’s odor reduction capabilities have also been given high praises. One person said this air purifier can reduce “trapped odors,” while another said it has done a great job “cutting down odor almost immediately.”

When it comes to sound this produces, it’s not a bothersome noise. One person has described it as “minimal” and others say it’s “quiet” even on the higher fan speed.

The design has been complimented positively be several consumers. The words they’ve used to describe this air purifier’s style varies, but some include “very cool design,” “sleek,” and “very clean.”

Size-wise, it’s not difficult to find a location for it. It also has a power cable that’s long enough to make it easier to place it away from an outlet.

Should You Buy One?

If you’re looking for a compact tabletop air purifier that truly works, then considering getting the Koios PM1220. Based on consumer feedback, it helps reduce odor and prevents allergy sufferers from experiencing reactions. 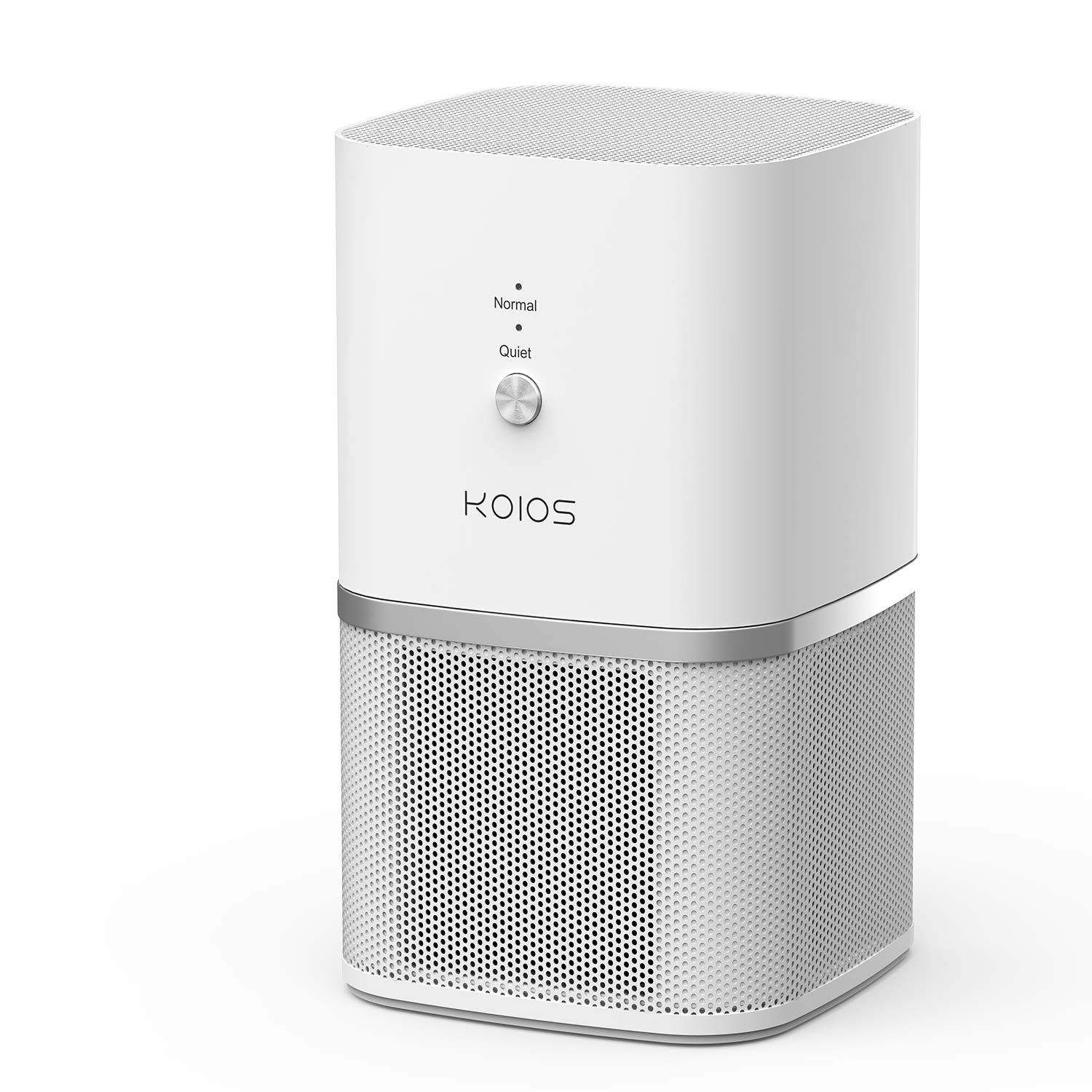