It’s the “most powerful in its class,” says Whirlpool of the Whispure WPPRO2000, an air purifier that can completely purify a room of up to 508 square feet only in 13 minutes. It’s equipped with a True HEPA filter, which captures and eliminates up to 99.97% of airborne particles as small as 0.3 microns.

It’s “guaranteed to save you money” because it also comes with an Energy Saver mode, which efficiently purifies air even at a low speed.

But does it deliver these promises well? Let’s find out in this Whirlpool Whispure WPPRO2000 air purifier review. 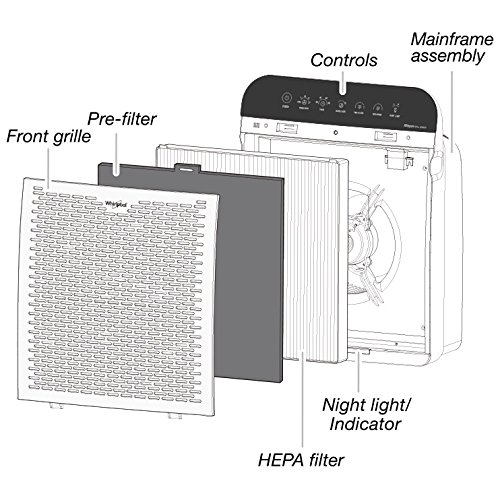 Let’s give a rundown of this air purifier’s main features.

The Whirlpool Whispure WPPRO2000 has a touch-control panel located above the front grill. The controls allow you to adjust the following functions: fan speed, timer, sleep mode/control lock, and night light. There are also filter indicator or status lights.

This air purifier is completely programmable. Its timer function allows you to adjust it to run for 2, 4, 6, or 8 hours. It comes with an auto-shut off system, which automatically shuts down this unit.

You can adjust the intensity or brightness of this unit’s blue light from high to low. It should be useful when sleeping at night.

When set on Auto Mode, the sensors of this air purifier automatically detects the current air quality and then adjusts the fan speed. The unit also has an indicator for air quality. Blue is for “good” air quality, yellow for “moderate,” and red for “poor.” 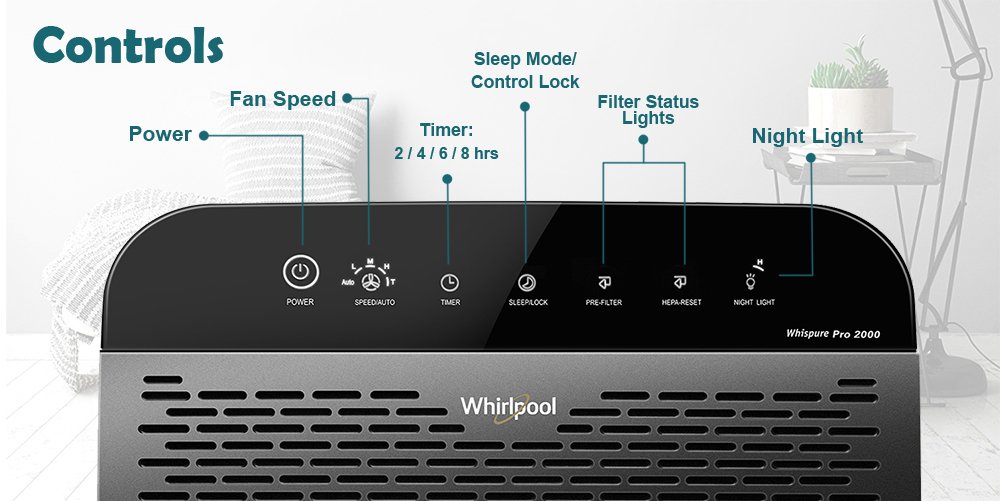 In this part of our Whirlpool Whispure WPPRO2000 air purifier review, we give you a summary of what previous buyers have said about their unit.

How well does it eliminate bad smell?

Apparently, the Whispure WPPRO2000 performs pretty well. One person said his unit was able to get rid of smoke smell from wild fires. If you live in an area where wildfire is often a problem, this unit should help. Just expect to change filters quite often.

When it comes to smoke smell, it also serves its purpose well. According to one person who smokes, his apartment doesn’t have that “smoker smell” because of this air purifier.

“No more coughing from asthma,” says one person. And this is because of the Whispure WPPRO2000.

When it comes to design, this air purifier has been described as “sleek” and have a “thinner” design than previous models.

If you’re wondering if this unit can be mounted on the wall, the answer is no. It’s designed to be a floor-type appliance. There are no brackets so that you can mount it on the wall.

Should You Get One?

Should you make a purchase? Let’s end this Whirlpool Whispure WPPRO2000 air purifier review with this recommendation. 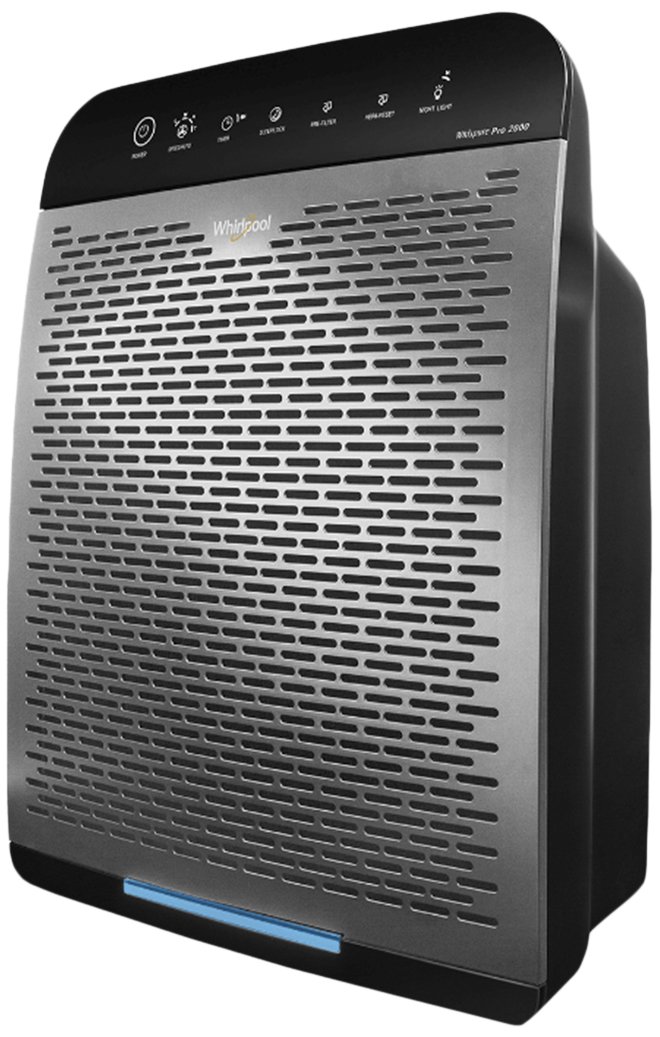